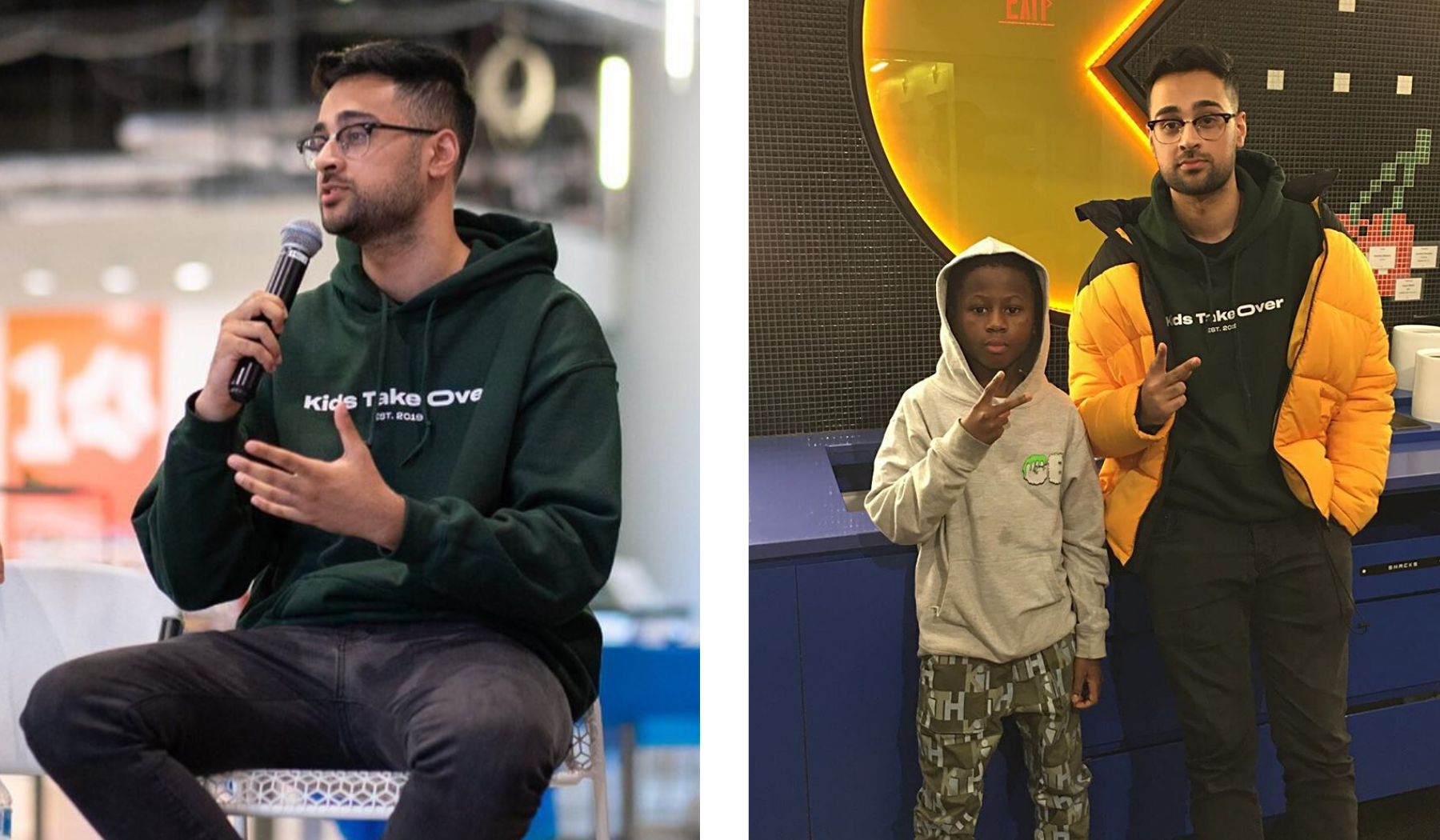 Arshan Jawaid comes from a generation where a smartphone and a few clicks could create infinite opportunities for just about anyone, even a 20-year-old hip-hop fan from Vancouver, Canada.

In the span of two years, Jawaid has built a rising media operation with Kids Take Over, having interviewed some of the biggest producers in hip-hop such as Zaytoven, Murda Beatz, and rising artists like J.I., Polo G, and 22Gz.

He accomplished this feat by recognizing the interconnected nature of Instagram and concocting a plan to direct message members of an artist’s management team.

This was a formula he knew could work. All he needed was one domino to fall for a chain reaction to occur. That domino was Smooky MarGielaa, the youngest member of the A$AP Mob.

In the start of 2018, Jawaid released his interview with MarGielaa, birthing what he proudly proclaims as the outlet for “the youth.”

Jawaid’s path is commendable when you consider that he began this venture after his unsuccessful attempts of landing an internship in the music industry.

He hopes his journey can serve as a blueprint for kids to leverage the power of the internet and carve their own opportunities, just like he did.

I was able to connect with Jawaid (via Instagram, of course) and learn more about the architect behind Kids Take Over.

When I think of Vancouver interviewers, the first name that comes to mind is Nardwuar and his research-extensive approach. How would you describe your interview style?

My interview style is talking as if we’re not doing an interview. I like just talking to artists like they’re my friends.

One thing I always do is bring two worlds together. For instance, if I’m interviewing a rapper like Polo G, who is Chicago drill-influenced, I’m going to ask him about the other side of Chicago rap, such as the more poetic artists like Vic Mensa and Noname.

I also avoid only asking about new album releases and that being the main focus of the interview. When I watch other interviewers do that for an entire interview, I hate it.

Without the internet there wouldn’t be a KTO.

When I was struggling to get any interview possible, living in a non-music city like Vancouver, I used the internet to get in touch with every artist. I would spend all day digging online, looking for every manager’s Instagram handle I could find.

I sent 30 DMs a day. I made a rule to always shoot that many each day and ask for an interview while building [my] online presence. By doing that consistently, it landed me many interviews, and I made connections with people in the [music] industry — all because I did some shit on my phone. [laughs]

When you were interviewed on The Nevaland Podcast, you mentioned that you felt connected to Lupe Fiasco’s music because he’s Muslim, just like you. What would you tell other Muslim kids who look up to you and want to follow in your footsteps?

Follow your dreams and don’t be afraid to try to find yourself.

Personally, I see myself more of a business owner than a music journalist, so if you want to follow in my footsteps — go for it. At least that way your mom can tell all her friends at her gatherings that her son is a business owner. [laughs]

Besides your hip-hop content, You’ve been able to add basketball into the mix with interviews with Avery Bradley and Jamal Crawford. As an interviewer, how is your preparation different when you interview a rapper versus an NBA player?

The preparation aspect is the same. Landing the interview is the hard part.

A lot of rappers’ managers are easy to get in touch with since they’re usually childhood friends and understand youth culture. NBA players on the other hand, have uptight and busy agents with fixed schedules that are hard to work around.

If I could interview more basketball players, I would.

I know Cole Bennett, the founder of Lyrical Lemonade, is one of your inspirations for starting Kids Take Over. If you have the opportunity to one day interview him, what would you like to ask him?

Man, if I had the chance to interview [Cole] I would ask him questions from a real creator-to-creator approach.

It’s a different vibe when a journalist asks an NBA player questions, versus an actual NBA player interviewing another NBA player. Those are two guys who have done it and been through the sport, same thing with me and Cole.

I would ask him about his failures with Lyrical Lemonade, video shoots that went wrong, and his reaction to artists canceling on him.

As a creator, how did he pull through those down days? That is something I genuinely struggle with and would like to know.

One of your goals is to change hip-hop in Vancouver. How do you envision this taking place?

People always told me to interview small local artists and I didn’t like that idea.

Truthfully, no one from outside of Vancouver would watch that. So the best way for me to contribute [to hip-hop in Vancouver] is for me to grow KTO as much as I can and keep repping my city in my videos. That will draw more eyes to the city and eventually people will be curious to see who else is popping here.

Vancouver needs that bridge between the bigger artists and local artists, and I think that will be me to be honest.

You’ve been able to accomplish a lot since starting almost 2 years ago. In terms of where you are today, what has you excited about Kids Take Over?

I’m excited to use my brand to branch off and do other things I’m passionate about. I’m going to release clothes, host events, build a team to do creative work for other brands, plus much more. I’m mostly excited about the clothes. [laughs]

This interview has been condensed and edited for clarity.