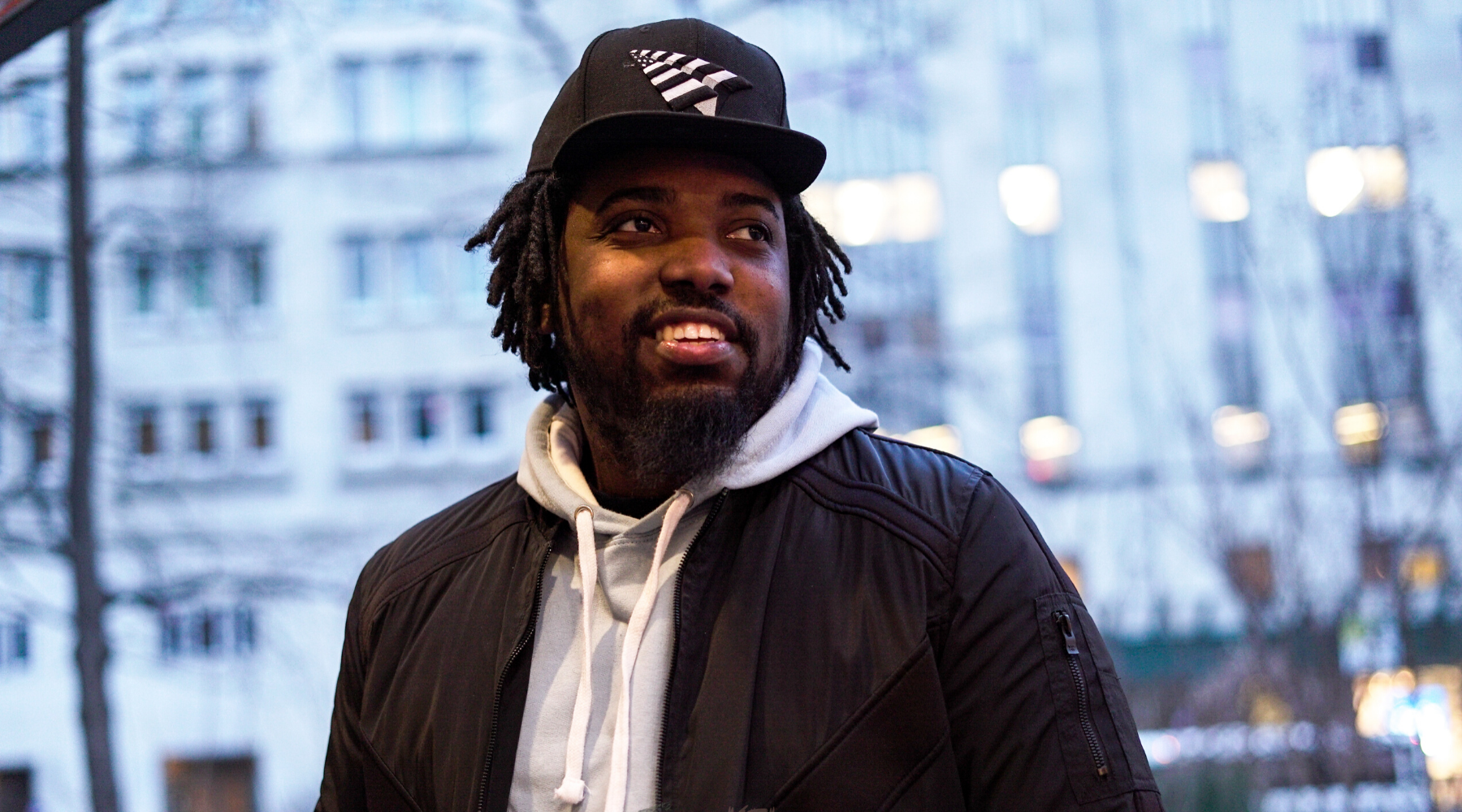 No matter what, it always gets done… even at the final hour.

This quote was shared via Kasim Peterson’s Instagram account at the start of 2020. It came accompanied with a cryptic picture which displayed what appeared to be an empty lounge room late in the midnight hour at the Epic Records headquarters.

Long before my conversation with Maybach Music Group’s (MMG) Director of Digital Marketing, this post provided a small glimpse of the work ethic and grit of the entrepreneur from Richmond, VA.

Kasim’s start in the music industry began in 2006 as a mixtape DJ. Recognizing the importance of having a strong visual presentation, he taught himself graphic design and quickly leveraged his newly developed skill to form new relationships and create business opportunities for himself.

I got a chance to chat with him about carving his own path, working with Rick Ross and starting his own record label, CRWN Music.

You came onboard Maybach Music Group (MMG) in 2016 as a graphic designer. Take me back to the moment of how this all happened.

Rick Ross’ producer Beat Billionaire is from Richmond, VA just like I am. At the time, he had just started his label, Billion Dollar Market, and was signing artists from the city.

I saw what he was doing on social media and the artwork was just bad. As a designer at heart, I hate bad graphics.

We’re both from the same city and we can’t go out like that, so I redesigned one of his artworks and sent it to him. 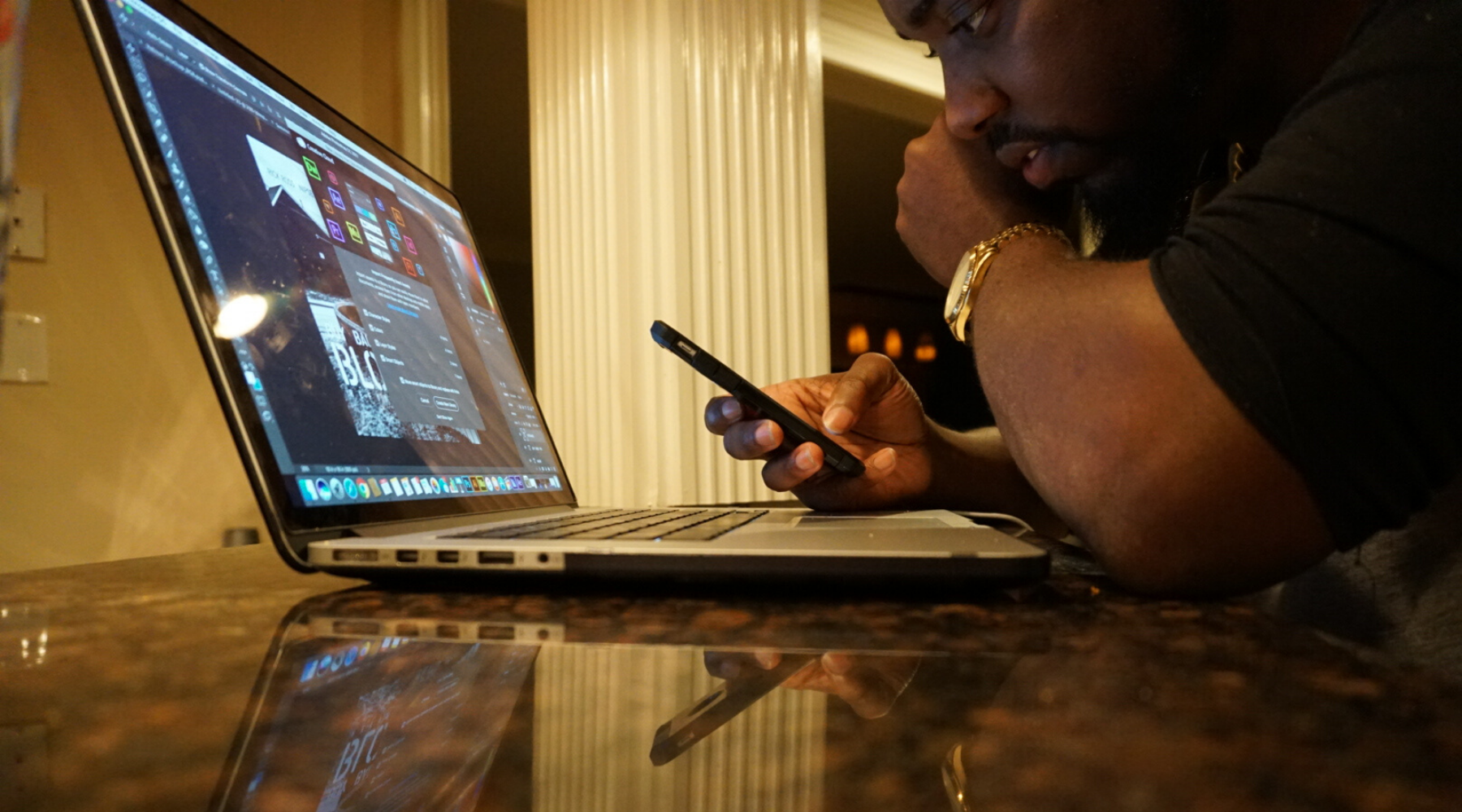 He messaged me back saying that he loved it and from there we exchanged numbers. We talked on the phone for hours later that day.

Turns out we had a lot of friends and connections in common.

He eventually invited me to Atlanta to visit and work with Billion Dollar Market as a designer for some time.

On my last day in Atlanta, I was getting ready to head to the bus stop when he told me, “I want to take you somewhere.”

I thought it was going to be a quick drive since I was leaving soon but he drove for mad long. [Laughs]

So we’re driving in a community that turned into a cul de sac and suddenly I see some double Rs on a gate.

At that point I’m thinking, “Ok, I think I know what’s going on.”

We enter the house on the other side of the gate — it’s Rick Ross’ place.

His house is filled with plaques all over the walls and I get to meet his entire team in the studio located in the basement.

I’m sitting opposite TomCat, Ross’ right hand man and also a designer, and I’m showing him my work.

He tells me, “Your work is great. He points to a chair and adds, “If you sit right there I guarantee you that when Ross walks downstairs he’s going to want to work with you.”

I’m thinking, “Whatever man… people talk all of the time.”

I didn’t take it too seriously — but I still sat on that chair.

10 minutes later, Ross walks down and sees what I’m doing on my computer and asks, “Yo, are you doing that?

“I got something for you,” he says. “Let me play you a record and see what you come up with.”

He lets me hear “Idols Become Rivals” for his album Rather You Than Me.

In about 15 minutes, I designed the artwork for the track.

He ended up loving it so he played me another record and I just kept creating more designs. 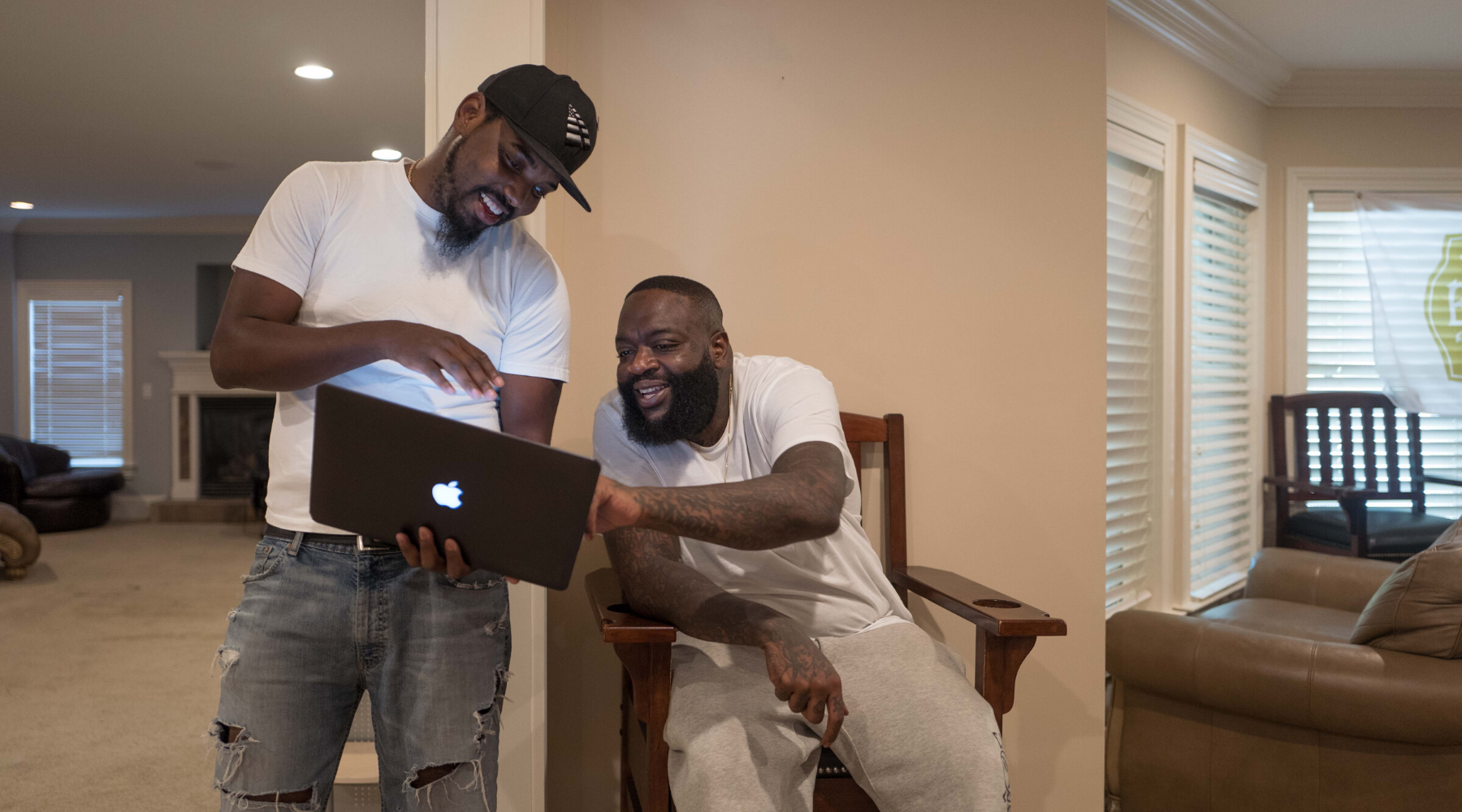 I go back to his house the next day and Curren$y is there with his manager Mousa. He was showing me the new stuff they were doing for Jet Life Recordings.

Ross walks to where we are and says, “Mous, have you met Kasim? He’s MMG, so if you need anything — he got you.”

What he said didn’t click for me at the time so I just kept going with the conversation.

Later on Beat Billionaire pulls me aside and goes, “Man, you heard what [Ross] said? You MMG.”

It wasn’t until a 4:00 AM text the following morning when it all made sense.

“Oh shit,” I thought to myself.

That was when my working relationship with MMG became official. 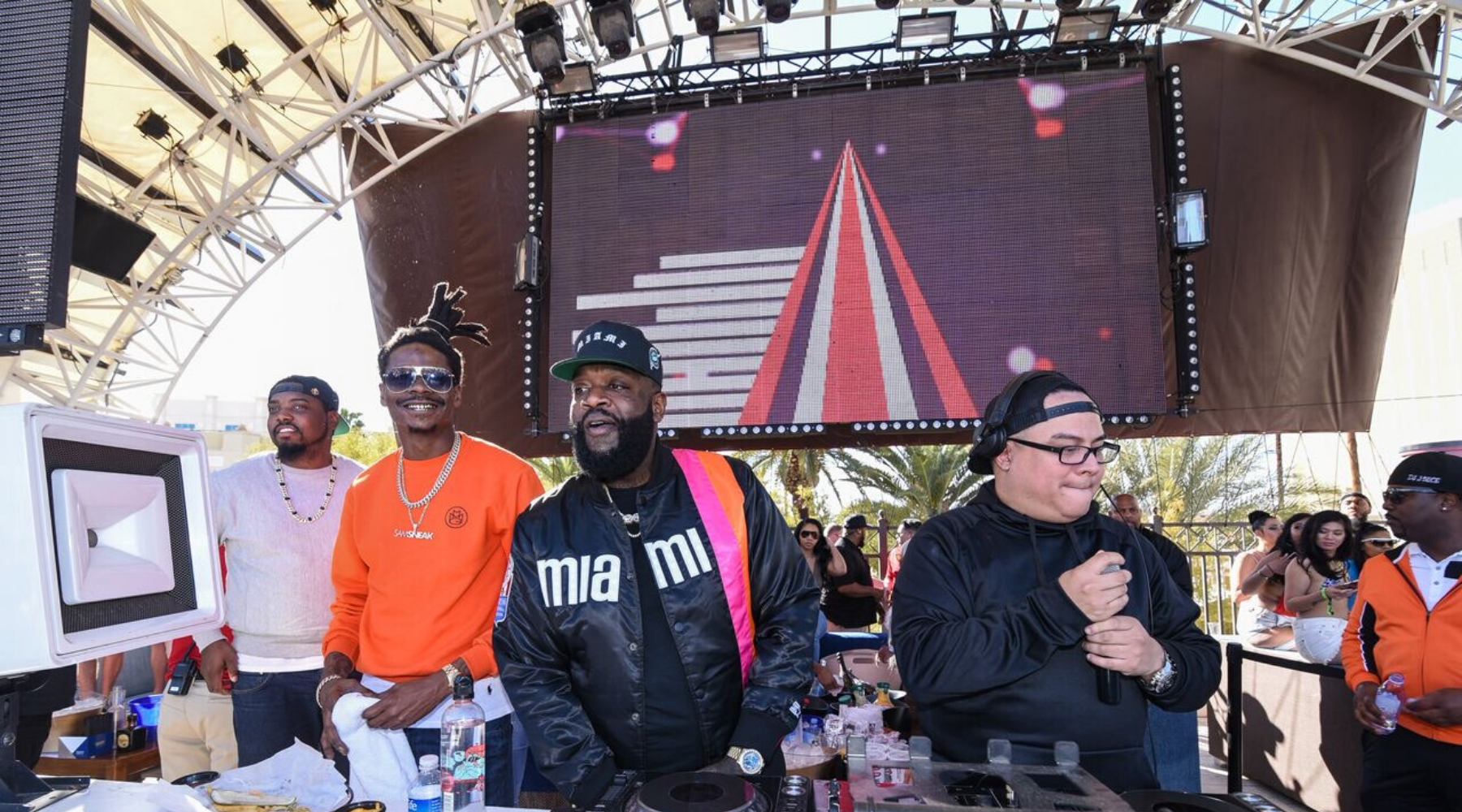 After that relationship was established, you transitioned into a marketing role. How did this take place?

Ross has a cool way of seeing things in people before they see it. My marketing experience came from working with Dipset. I was handling all of the social media marketing for Hell Rell. This was when Instagram was just taking off.

So July of 2017, Ross called me and told me to go to Atlanta because he had something for me.

I drove from New York to Atlanta that same day. I didn’t think twice about it.

I get to his place and I show him everything I’ve been working on. I had just started working with Roc Nation for the Planes Collection so I’m showing him that and my work with other clients.

“This is what I got for you,” Ross said.

I remember staying at his place for that entire week and just got to work.

There was no onboarding process, I was pretty much the only person in that position and didn’t have anyone to ask for guidance. I was thrown in the water and forced to swim.

From that point on, I just handled the marketing.

What played a role in sharpening your skills as a marketer?

I’ve always had a fascination with storytelling. I used to watch TV commercials as a kid and be fascinated with how brands were able to sell their products by telling you a story.

I didn’t go to school for graphic design or marketing. The only thing I have under my belt is my high school diploma. Everything I’ve learned has been self-taught.

Marketing came natural to me because I’ve always been a “people person” and it’s just about understanding someone else’s language and learning how to connect with them. It worked itself out from there. 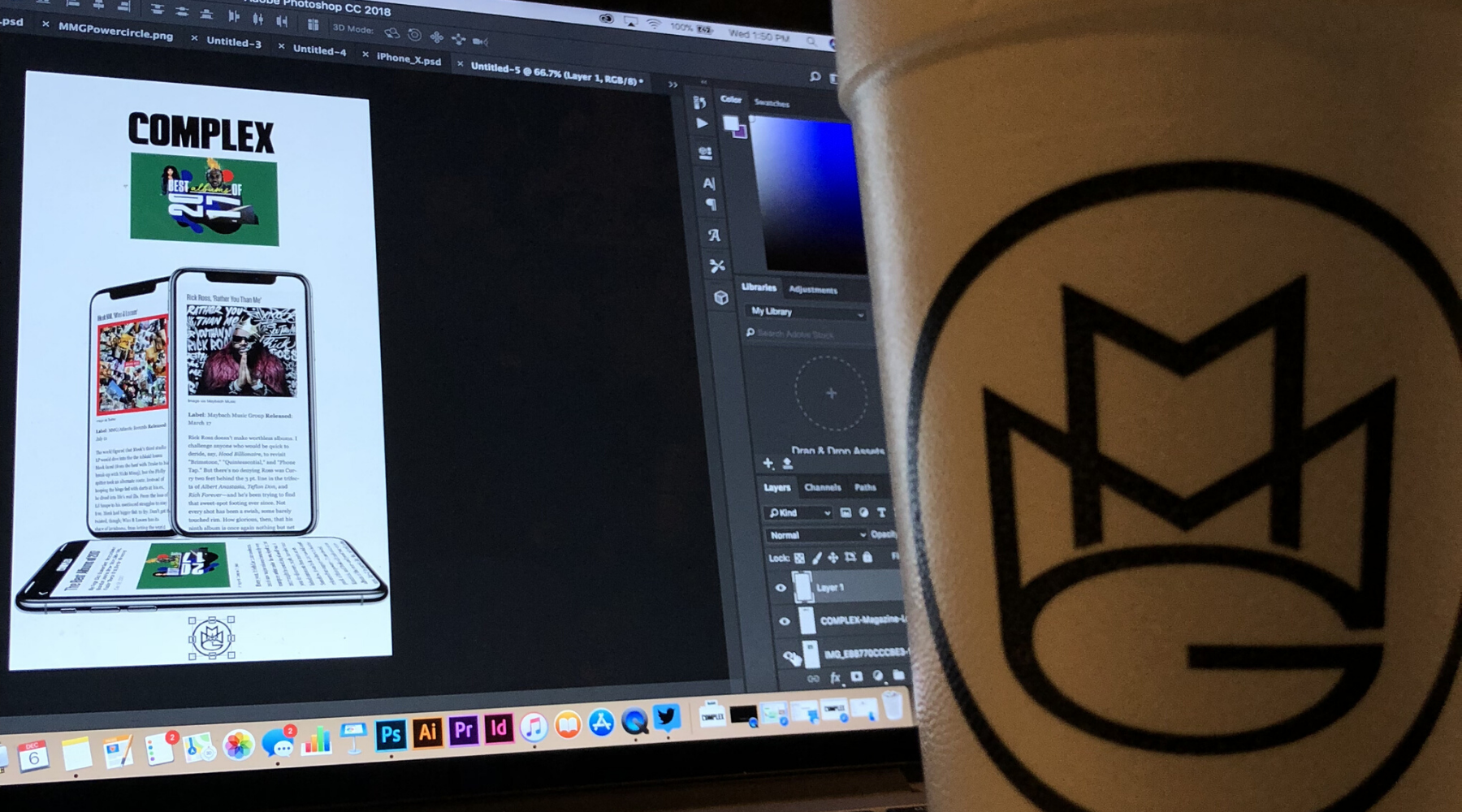 How would you say your schedule looks like on a busy day?

[Whistles] Normally it’s a 24-hour workday. There is no time off. Ross is constantly working, so if he’s working he expects us to work too.

After that, there are a lot of phone calls, touching base with partners and different artists we’re working with, restructuring strategies and making sure things are running well.

What are some projects you’ve been able to work on that you are most proud of?

You’ve recently launched your own record label and entertainment management company called CRWN Music. How will this be different from other companies out there?

We’re 100% putting the artists first. It’s bigger than just hit records or having the best content.

For me, the brand is everything. We want to think beyond music — movie placements, having your own apparel, etc. We want to do something special that can reach consumers and not just a fan base.

I want to acknowledge Jason Johnson [Director of Marketing & Brand Strategy at Audiomack] for inspiring me to pursue this venture and Krystian Santini [President of Equity Distribution] for believing in my vision and help bringing it to life.

Who are some artists that are a part of CRWN Music?

Shi$e Foe is an amazing artist from Harlem. He’s done some work with Jadakiss and Dave East. We have another artist named Fredd C. from Kentucky and Trak Lass who is a producer. Lass is phenomenal, we’ve just picked some records that we’ll send to Ross. 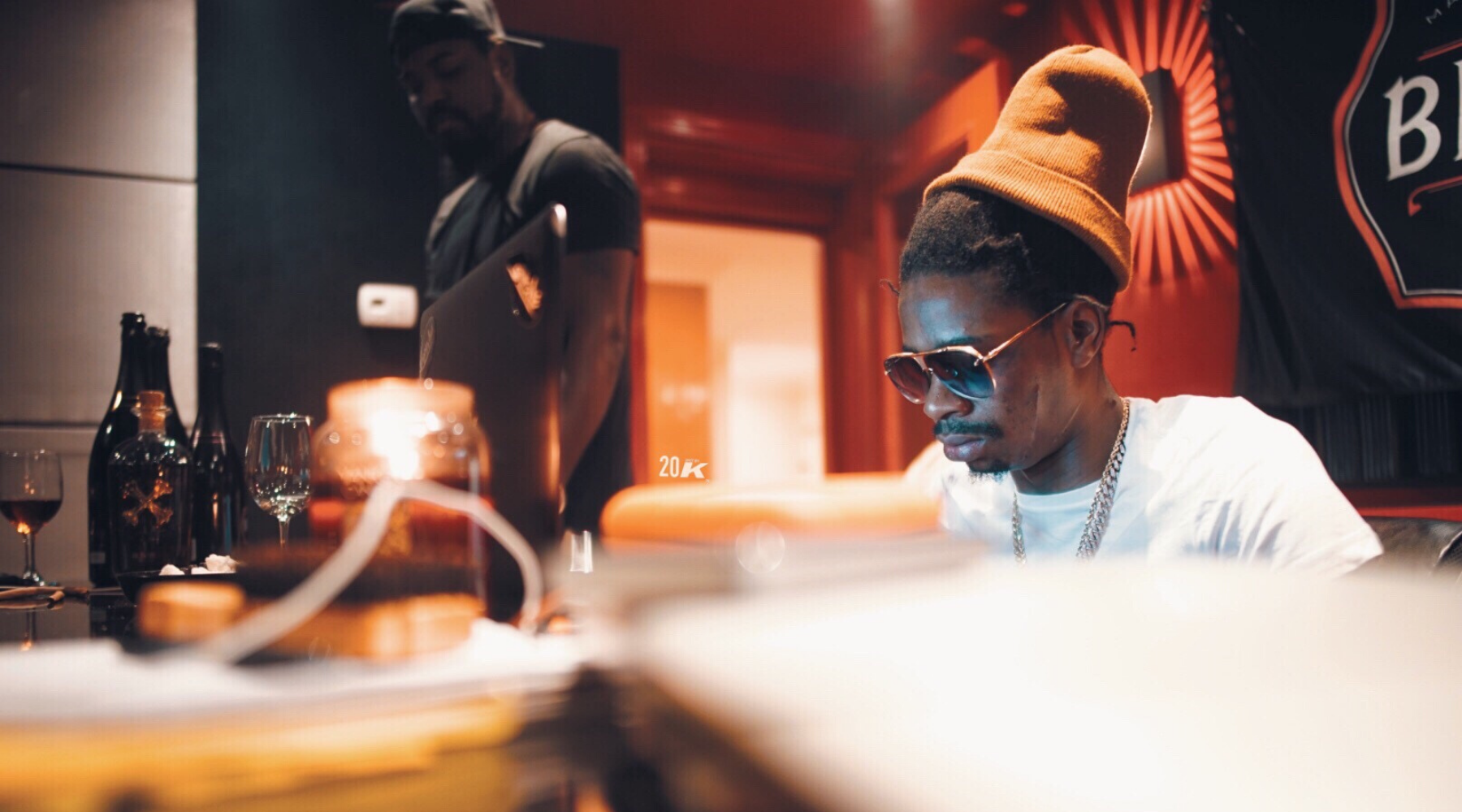 What do you look for in an artist when deciding to take them as a client?

I look for a few things: streaming numbers, social media engagement, their demographic, and virality.

There are a lot of artists who have been affected by the COVID-19 pandemic. If you were an up-and-coming artist today, what would you do to put yourself in a position to succeed?

Cross-branding and cross-promotion. Tap in with other brands that have the same goals and values and find opportunities to work together. A lot of brands are always looking for what’s next and there’s a lot of opportunity to work there.

I’m sure you’ve been following Tory Lanez’s run with Quarantine Radio. From a marketing perspective, what are your thoughts on it?

I think it’s phenomenal. From a marketing standpoint, it elevated who he is as an artist. We get to see another side that we don’t often get. Instagram Live is a great way to show that and connect with your audience. He showed that he is one of us — he’s a goofball. This puts him in a whole different realm. It was incredible.

Ross has always carried himself as a visionary and strategic thinker. What is the best piece of advice he has given you?

He’ll always tell you to pursue everything. For a long time I didn’t know what he meant.

If you want something in life you need to pursue it and really get it. 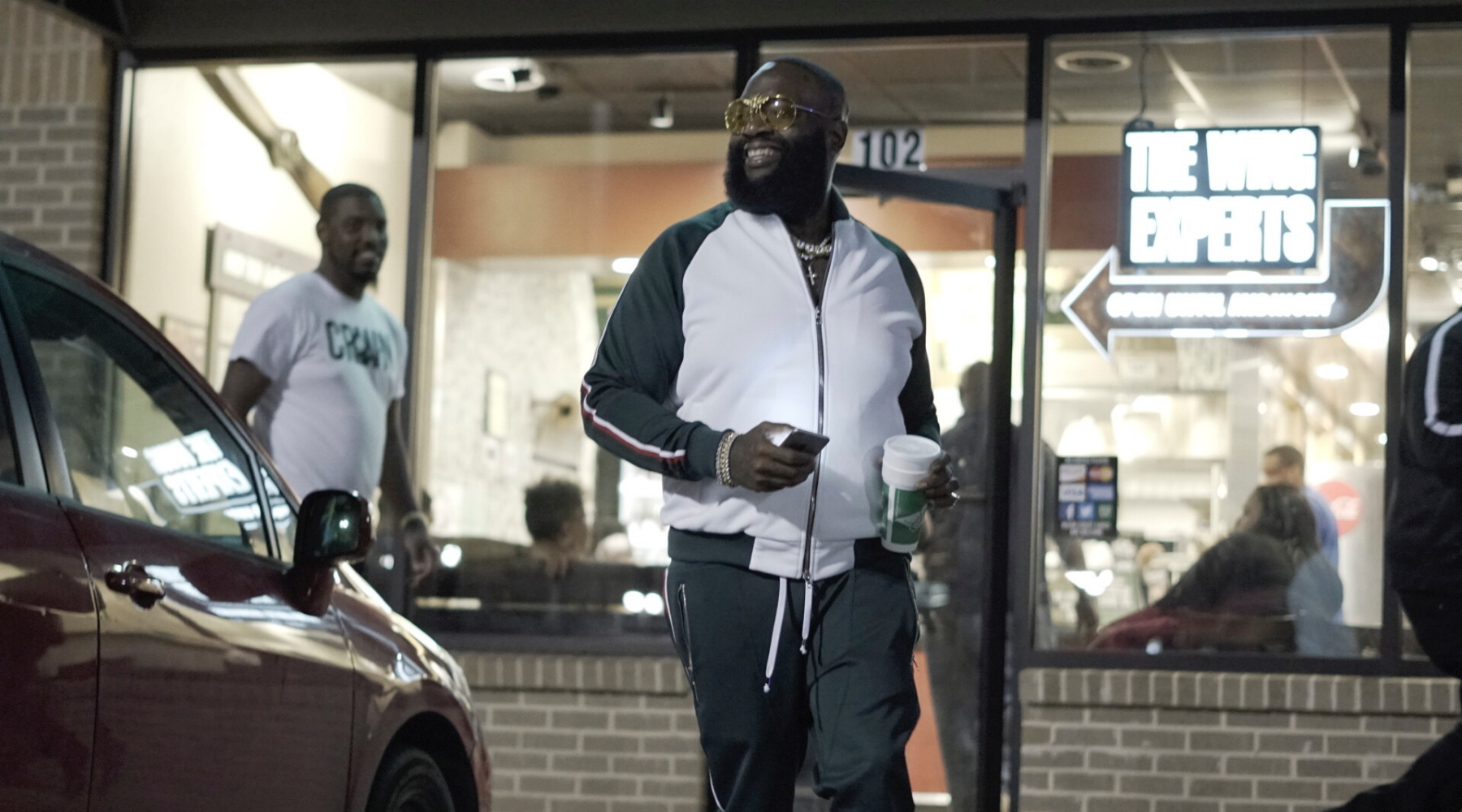 How do you want people to remember Kasim Peterson?

I want just to be remembered as the cool kid from Richmond, VA who had an impact on culture. I just want to do what is right.

Connect with Kasim and follow his journey here: @crwnmeking_

This interview has been condensed and edited for clarity.